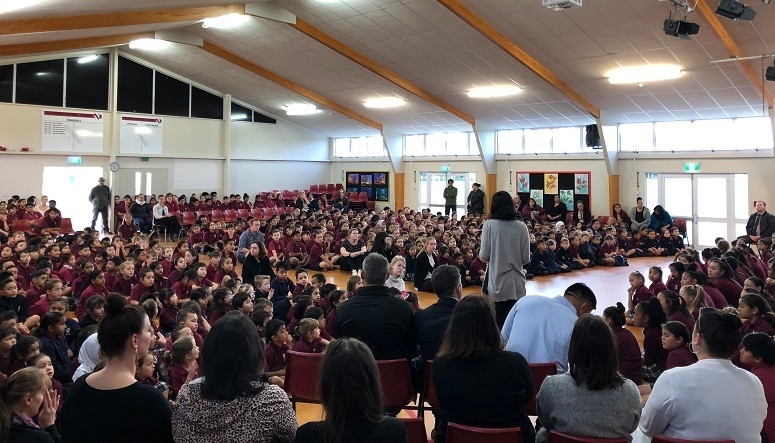 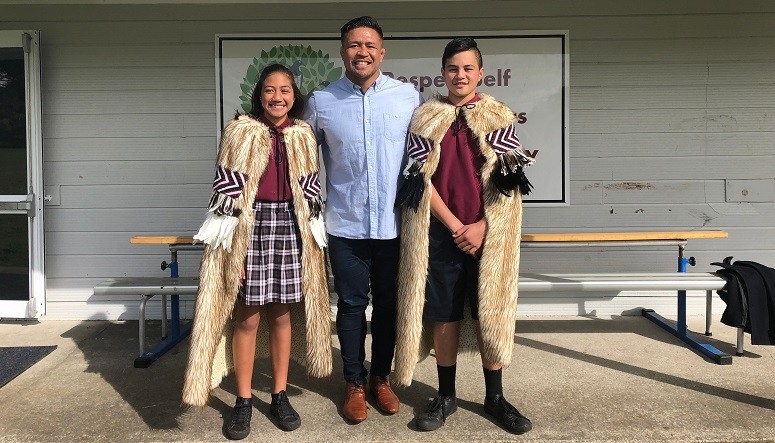 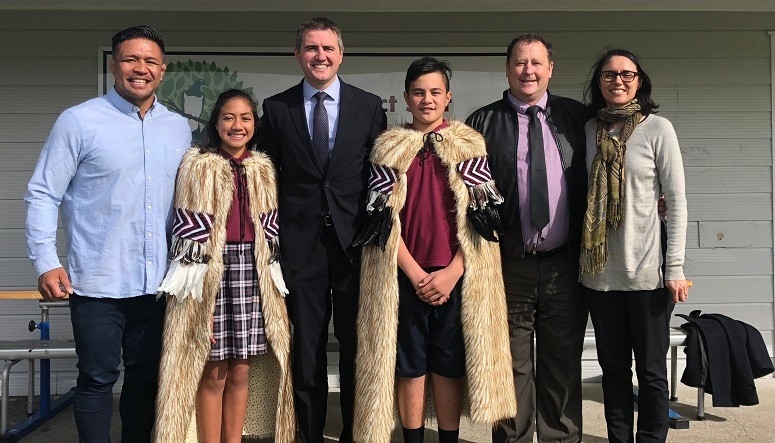 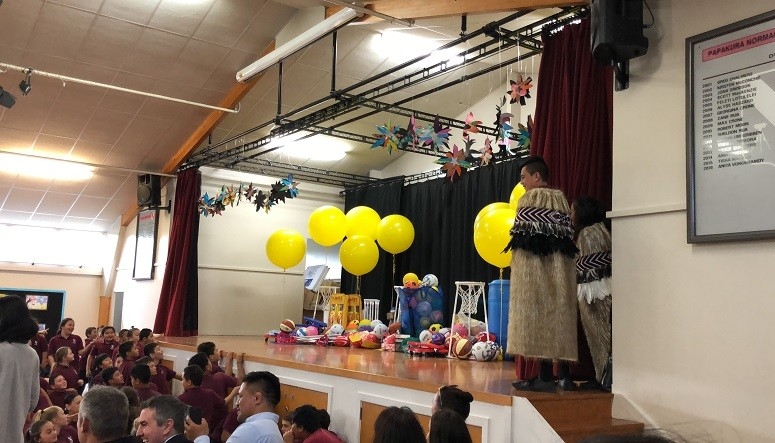 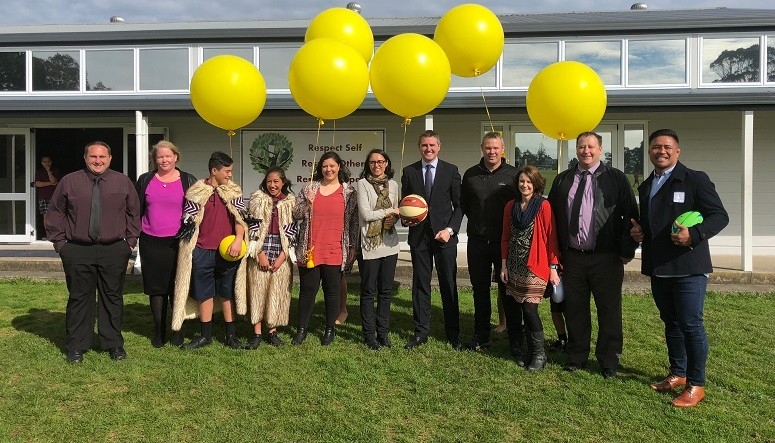 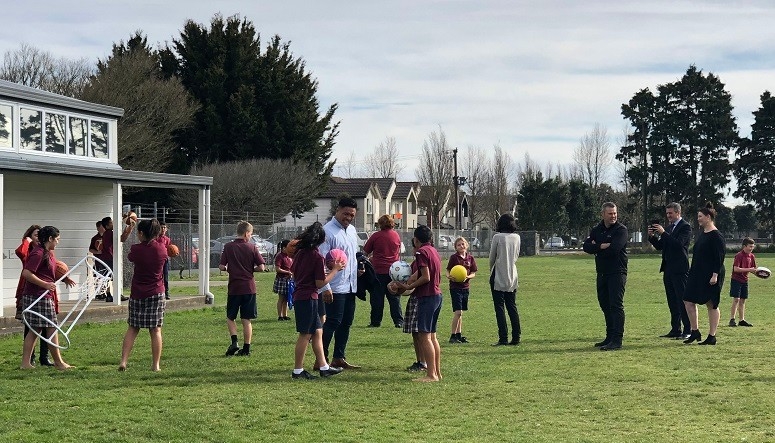 Congratulations to Papakura Normal Primary School, the winners of our Big Little Sponsorship! We celebrated their big win with a little surprise reveal at a Monday morning assembly.

In June, we launched our Big Little Sponsorship campaign to celebrate an epic first year as an official sponsor of Eden Park. We called for nominations of deserving Auckland primary schools that could use a boost to help shape some of our sporting heroes of the future. A unique prize package, including $10,000 worth of sports gear, a field upgrade by the Eden Park groundies, a visit from rugby legend, Keven Mealamu and a VIP tour of Eden Park was up for grabs. We received a huge response, with teachers, parents and even a group of students submitting a total of 852 nominations for 160 primary schools from all over Auckland.

A judging panel made up of representatives from AA Insurance, Eden Park Turf Manager, Blair Christiansen and former All Black, Keven Mealamu, assembled at Eden Park on Monday 25 July tasked with the difficult job of deciding on the winning school.

All nominations were evaluated against a judging criteria and were rounded down to a final list of top 10 schools. Judging then occurred in two waves; first, all judges individually scored each school against the judging criteria. The total scores for each school produced a list of five finalists. The panel then went into deliberations to come to a unanimous decision on the recipient of our Big Little Sponsorship.

All schools nominated were incredibly deserving and it was clear how much of an important role sport plays in schools. After some robust discussion, our judges decided that Papakura Normal Primary School was the winner of the Big Little Sponsorship 2018!

The judges also felt that the nominations received for, Owairaka District School were incredibly genuine and were impressed by the schools sporting story and values. Although it wasn’t originally planned, AA Insurance, Head of Marketing and Distribution, Richard Park, made the decision to gift Owairaka District School a $3,000 grant to invest in sports within their school! We can’t wait to see how they put their grant to use.

The big reveal for our big little winner

On Monday 13 August, the judging panel had the privilege of attending a special assembly at Papakura Normal School to announce their win and celebrate with the staff, teachers and students. The students and school community opened the assembly with a beautiful pōwhiri and Principal, Derek Linington then shared some of the schools recent sporting achievements. The news that the school had won, was officially announced by AA Insurance, Sponsorship Manager, Melodie Vickars, and was met with delightfully surprised faces across the room, both from students and staff.

A visual of design ideas for the school field upgrade was presented on screen and Eden Park Trust CEO, Nick Sautner, explained that over the next few months, the school field will be getting a fantastic makeover by Blair Christensen and his team of Eden Park ‘groundies’. The schools turf quality will be improved, multi-purpose line markings will be added and new goals will complete the upgrade.

Once the initial excitement subsided, Principal Derek Linnington announced that there would be a schoolwide competition to select the 20 students who will go on a VIP tour of Eden Park.

A group of students were then invited to select some of the brand-new sports equipment displayed on stage and head out onto the school field with Keven to try it out for the very first time.

A big thank you to all the schools that took the time to share their stories and submit nominations. It’s clear that a huge amount of time, effort and passion is invested into sport by parents, teachers, and students. Sport is, and will always remain an important pillar for keeping Kiwi kids active and engaged.

Take a look at the video below to see how the reveal happened!