Home /
Living Room /
In Your Community /
The Olympic Dream

From Waitakere to Rio - the Olympic dream 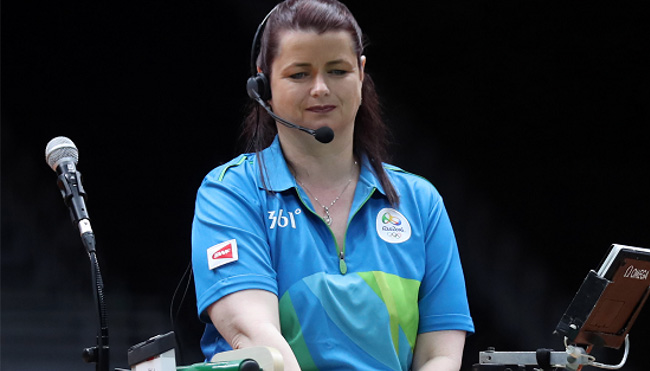 Growing up, Trish Gubb may not have had a natural talent for badminton, but that hasn’t stopped her from achieving her Olympic dream as an adult. This year she went Rio.

How, you may ask? Well Trish, AA Insurance’s Incident Manager, redirected her passion and dedication for the sport away from hitting a shuttlecock over a net, and into umpiring. She’s been an umpire since 1999, initially to help out friends in the Waitakere Division Teams and then, after an exam and practical assessment, for the Waitakere International Tournament.

Inspired by a colleague who umpired at Athens in 2004, Trish set her sights on the 2016 Olympic Games. And just like the rest of the athletes, she went through a rigorous process in order to get there.

The waiting and hard work paid off.

“I was so happy when I got my appointment letter. I’ve been to World Championships a number of times, but there is just something much more exciting about a multisport events with so many athlete, officials and volunteers.”

While not everything ran smoothly behind the scenes on arrival, it all worked out on the day when competition finally started. Tickets sold, players warmed up, fans were waiting.

“Being on court for the first match was great. While the crowd was small, due to it being so early in the morning, they were vocal!”

Her most exciting match was umpiring the semi-final for the mixed doubles. The following day she had the privilege of being chosen as the Service Judge (second umpire) for the bronze medal in the mixed doubles game.

“I thoroughly enjoyed my time in Rio – it’s an amazing city, and the Olympics is a unique and challenging experience for a sports technical official. I’m so grateful I work somewhere that’s been so supportive of my badminton endeavours, and has a flexible working policy that allows me to make the most of my opportunities.

“I am walking proof that one does not need to be a world-class athlete to participate in world-class sport.”