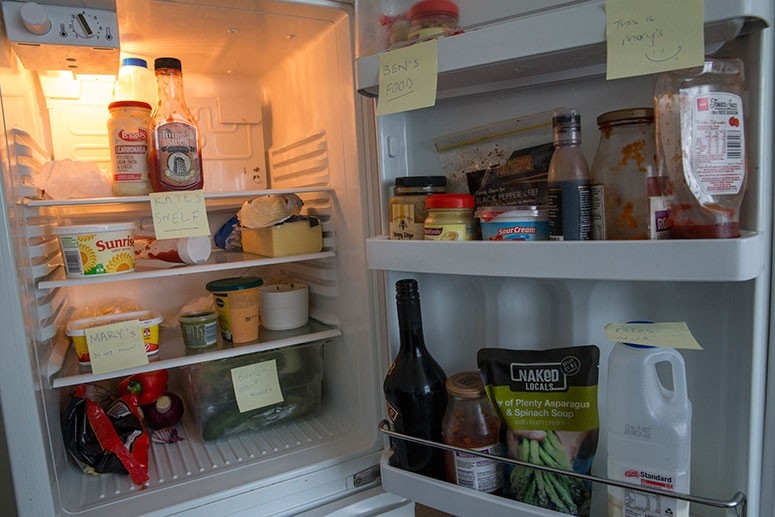 “When people move out of home and into their first flat, they’re more likely to be thinking about their new found freedom, how to make rent and what to eat than they are contents insurance,” says Amelia Macandrew, Customer Relations Manager, AA Insurance. “Yet this new lifestyle could come to a grinding halt if the worst happens and they’re not covered.”

In most cases, young renters can no longer rely on their parents’ contents insurance when they leave home and will need to take out their own policy to not only cover their belongings, but also their legal liability for any damage they may do to property they do not own.

“This is because if they damage someone else’s property they would be liable to foot the bill, either as a lump sum or over a long period of time,” she says. “Without insurance they would need to pay for this out of their own pocket, cent by cent. And that’s on top of the cost of replacing their own belongings.”

One AA Insurance customer would still be paying off $7,400 of damage caused to the accommodation she was staying in, if she wasn’t covered by contents insurance. She woke to a knock at the door alerting her to the bath tap that had been left on, flooding three stories of rooms below hers. Another AAI customer was cycling down the street when she accidentally clipped a parked car, causing $2,250 damage to the car, and $3,700 damage to her own bike. Her contents insurance covered her for all the damage.

“Even if you don’t think you have anything of value to insure, then it’s worth remembering that insurance protects more than just your own belongings,” says Amelia.  “It also covers your legal liability, which means if you accidentally cause damage then your insurer will cover you – up to $2m for contents insurance if you’re insured with us.”

Interestingly, despite tenants making up only one third of contents insurance customers at AA Insurance, they were three times more likely to make a legal liability claim during the 12 months to November 2016, according to claims data.

“Our data suggests that, while most consider themselves to be careful, accidents can and do happen and, while the reasoning behind it is unclear, it seems they happen more often to those who are renting,” she says.

“Theft also happens more often to renters, with 6 per cent more claims made during this 12 month period than by owner occupiers,” continues Amelia. “This can perhaps be explained by the fact homeowners are more likely to have security measures installed in their homes.”

The 2016 AA Insurance Home Security survey of 1,100 Kiwis, found that 54 per cent of homeowners had deadlocks on their doors compared to 43 per cent renters, while 39 per cent had audible alarm systems compared to only 20 per cent of renters.

According to Tenancy Services, all rentals need to be reasonably secure, and it’s the responsibility of both landlords and tenants to maintain that level of security.

“So if you’re renting, and you feel the property’s security is lacking, then have a talk to your landlord. You can also ask if you’re able to add in a security alarm system, if there isn’t one already, which you’ll need to maintain,” she says.

One AA Insurance customer found out the hard way that his flat’s security was lacking. Returning home from nightshift he discovered thieves had broken in and stolen $2,000 worth of gaming gear as well as a TV. The flat had been locked and secured, but there wasn’t an alarm to deter intruders who easily managed to move the ranch slider off its tracks.

“Moving out of home is an exciting stage in most young Kiwis’ lives, but it can quickly unravel if you don’t look after the things you value. So, along with locks on the doors and windows, it’s worthwhile for all tenants to take out their own contents insurance to protect themselves and their belongings.”

AA Insurance is an independently operated, New Zealand-based joint venture between the New Zealand Automobile Association (NZAA) and Vero Insurance New Zealand Limited (VINZL). Since 1994 we have demonstrated trusted expertise in home, contents and car insurance in New Zealand, and in 2018 introduced commercial small business insurance. We underwrite our own policies and sell direct to New Zealanders. Our 800+ staff look after over 450,000 customers with more than 900,000 policies.

We proudly partner with Eden Park and have been consistently recognised by: Reader’s Digest Most Trusted Brands (10 consecutive years since 2011) and Quality Service Awards for Car, and Home and Contents Insurance (since 2015), Kantar Customer Leadership Index (since 2019), Canstar Blue Most Satisfied Customers (2011-2018), and the Colmar Brunton Corporate Reputation Index (since 2015) that recognises New Zealand’s most successful companies. Last year, AA Insurance was also named Consumer NZ People’s Choice award winner for car, home and contents (since 2019).