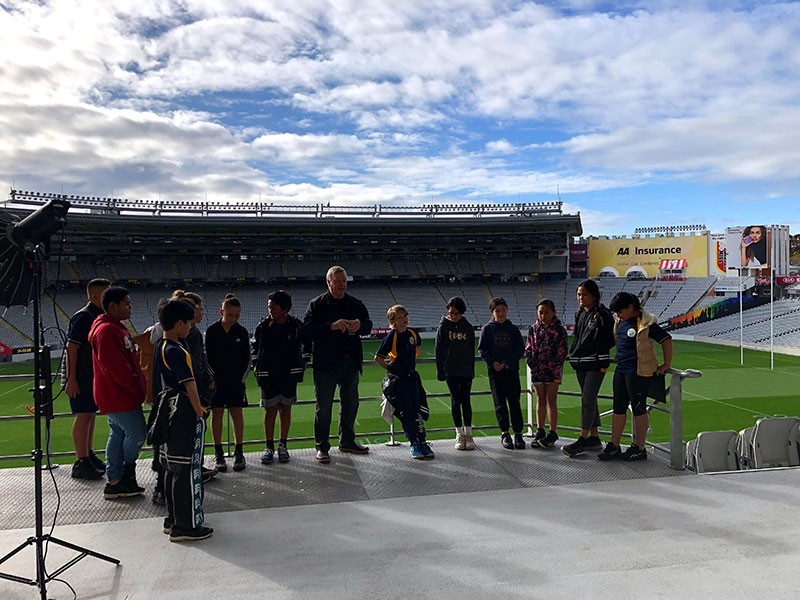 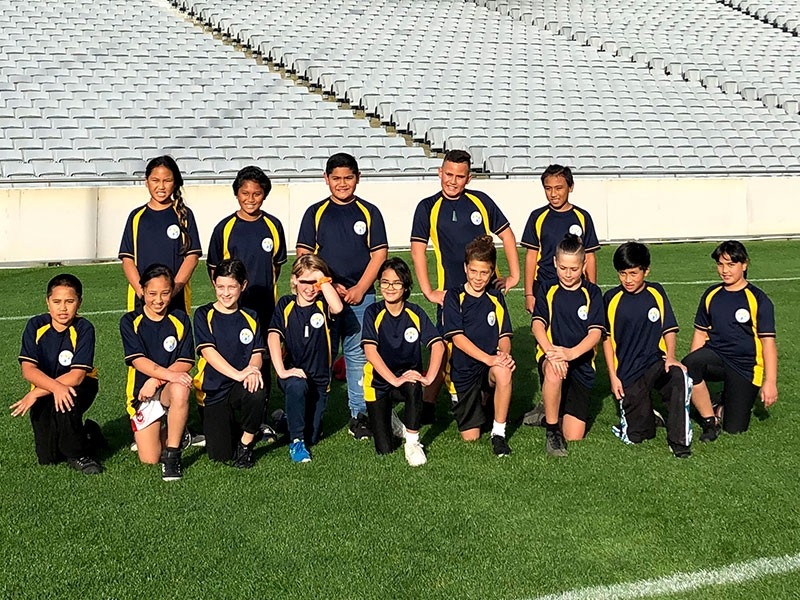 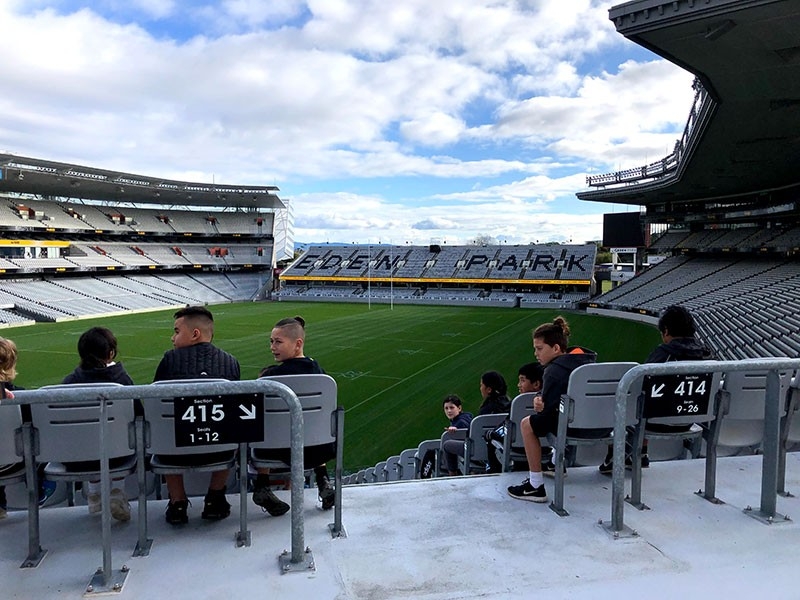 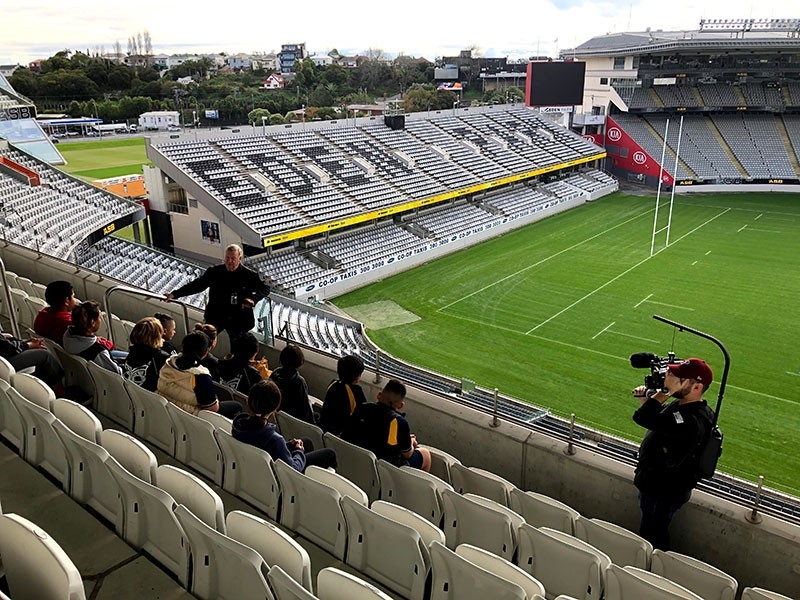 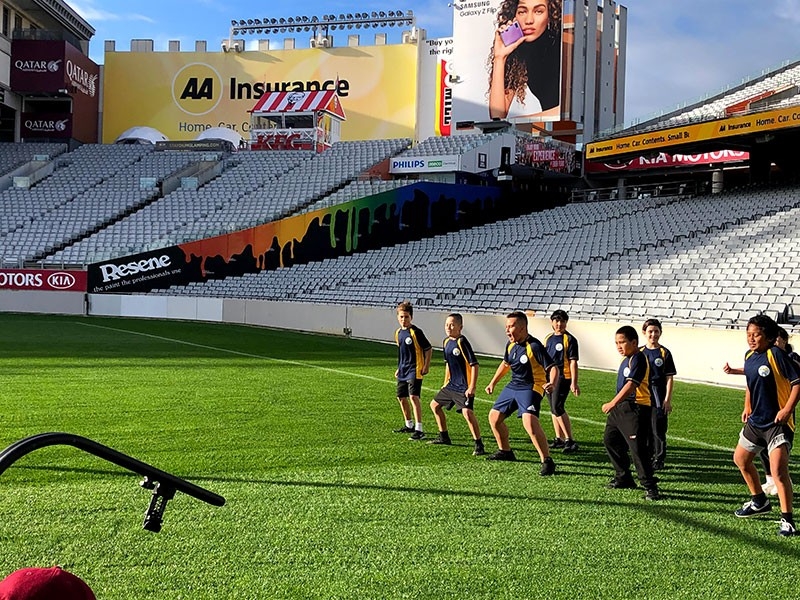 A group of lucky students from Manurewa West Primary School, our Big Little Sponsorship winner, ventured behind the scenes at Eden Park on a VIP tour of the stadium.

About the Big Little Sponsorship

Our Big Little Sponsorship celebrates our partnership with Eden Park by championing grassroots sport in schools. The initiative is designed to provide a much-needed boost to deserving Auckland primary schools to help shape some of our sporting stars of the future. The lucky winner benefits from a unique prize package, which includes $10,000 worth of sports gear, a field upgrade by the Eden Park groundies, a visit from former All Black and rugby legend Keven Mealamu, and a VIP tour of the iconic Eden Park stadium.

The 2019 sponsorship received a huge response. A total of 1,756 nominations for 280 deserving primary schools were received, a 76% increase in nominations and a 40% increase in the number of schools from the previous year. Our 2019 winner, Manurewa West Primary School, was chosen by our judging panel for their values and passion for sport, and the effort they put into ensuring the wellbeing of their students. After waiting patiently during lockdown, our Big Little champions were finally able to enjoy their highly anticipated stadium tour on Tuesday 30th June.

The school selected a group of 14 students for the field trip, including sports leaders, senior student leaders and sports academy students, all of whom are true ambassadors for the school in both sporting and academic fields.

The tour opened the students’ eyes to the history that lies within the stadium. Standing in front of a recent photograph of the All Blacks, they were transported back to 1987, the first time the haka was performed by the All Blacks in New Zealand, at Eden Park - despite it making its first appearance at an international rugby fixture in 1888. The tour guide told his captivated audience how the name ‘All Blacks’ came about, and how it was the result of a printer’s error; an ‘l’ was added into a headline about how the New Zealand team played like a squad of all backs, a compliment to the speed and ball-handling ability of the forwards.

In the bright sunshine, the students were walked through all areas of Eden Park on their VIP all-access tour, from the coaches’ box to the changing rooms, where they had their photos taken sitting in the lockers of their favourite players. They even got to run through the same tunnel that carries the All Blacks to victory, raising their arms in the air and applauding an imaginary crowd. Out on the pitch, right under the posts, a spontaneous and powerful performance of the haka will be the highlight for many, and a moment they will cherish for years to come.

The final part of the prize will be revealed to Manurewa West Primary School over the coming months – the field upgrade, courtesy of the Eden Park groundies.