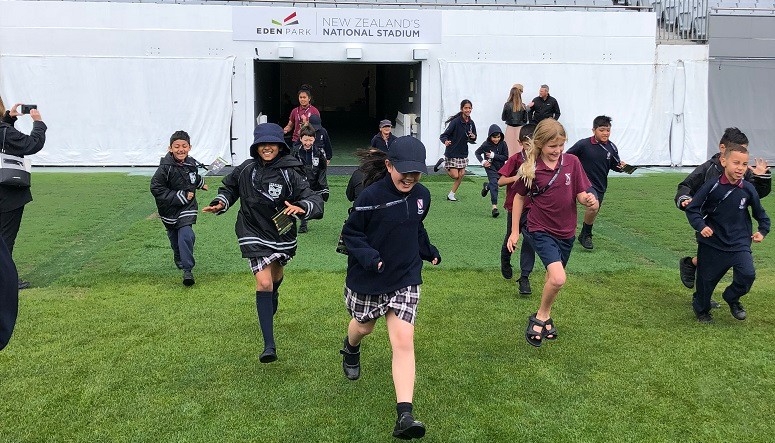 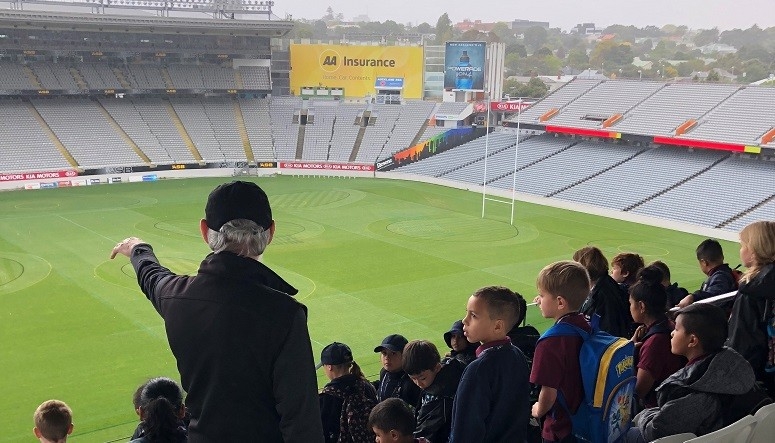 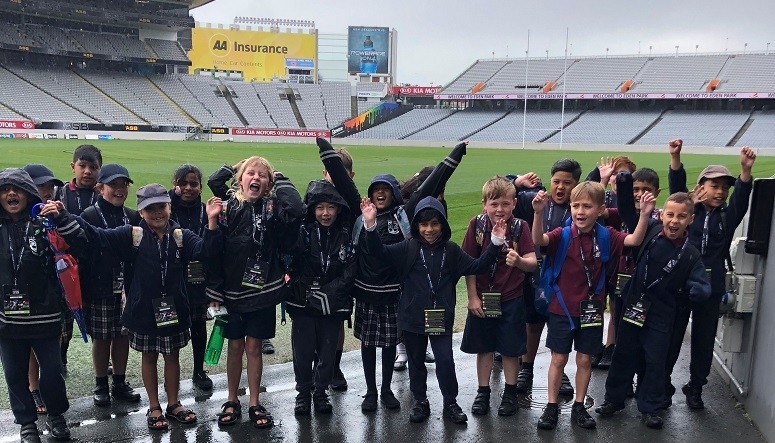 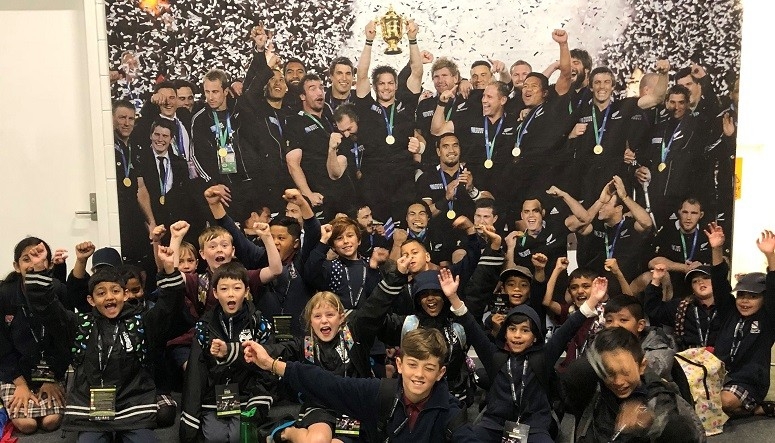 Our Big Little Sponsorship winners, Papakura Normal School, chose 20 sports-mad students to head behind the scenes at Eden Park on an exciting tour of the stadium.

Our Big Little Sponsorship campaign celebrated our first year as an official sponsor of Eden Park. We called for nominations of deserving Auckland primary schools that could use a boost to help shape some of our sporting heroes of the future. Up for grabs was a unique prize package, including $10,000 worth of sports gear, a field upgrade by the Eden Park groundies, a visit from rugby legend, Keven Mealamu plus a VIP tour of Eden Park.

Out of 852 nominations from all over Auckland, Papakura Normal School were chosen by our judging panel as the winners, and over the last few months have been enjoying all elements of their well-deserved prize. Most recently, the students went on a special tour of Eden Park Stadium.

The school ran a persuasive writing competition to select which students across Years 1-6 got to go on the field trip to Eden Park Stadium. After reviewing several compelling entries, the school selected 20 students to tour the iconic stadium to learn all about its history and what goes on behind the scenes.

The unpredictable spring weather didn’t dampen the excitement on the students faces as they embarked on their VIP all-access tour. While touring the stadium, the students got a glimpse of behind the scenes areas like the coaches’ box, the changing rooms where legendary New Zealand sports teams prepare for matches and the media room where commentators like Grant Nisbet sit to commentate matches. A highlight for many kids was receiving a true All Blacks experience by running through the tunnel and getting cheered onto the famous field just like their heroes! A moment that won’t be forgotten by the sports-mad students like James, a year six student at Papakura Normal School,

It was amazing. We learned how everything at Eden Park works. The best parts were being allowed into the All Blacks changing rooms and running onto the field like we really were the All Blacks!

The students also discovered important history that lies within the stadium. Learning about All Black legends like Dave Gallaher, best known as the captain of the “original” All Blacks in 1905-1906, who died during the First World War in 1917. A statue in his honour sits outside Eden Park Stadium today, ensuring his story lives on. With Armistice day approaching, Eden Park were also paying homage to all 13 All Blacks killed in WWI, with small white crosses standing alongside poppies in a corner of the field. It was a special part of the tour for the students to witness the respect shown for these New Zealand sportsmen, who are all part of the rich Eden Park history.

The Papakura Normal School field upgrade courtesy of the Eden Park groundies will be the final part of the Big Little Sponsorship prize to be revealed later this month.